You are using an out of date browser. It may not display this or other websites correctly.
You should upgrade or use an alternative browser.

We don't know much from RE5 but what do you want in it?

RE4 was more of a side story so where should the story start from?

I think all the past RE characters should be involved, Leon is my favorite and from what I've seen in the trailer it is Chris, I want to see all the characters involved, also the battle system has to stay, the past style got too boring.
T

If its anything like RE4, just different story, keep the same characters even that would be good, then I think it'd be awesome.

They always change the main characters for each game though.

There's a lot of discussion going around that the main character is probably Chris Redfield because the original RE development team is working on this one.

Yeah so Chris and then they'll say everyone else is in this part of the world doing this or that and leave all the other main people out. 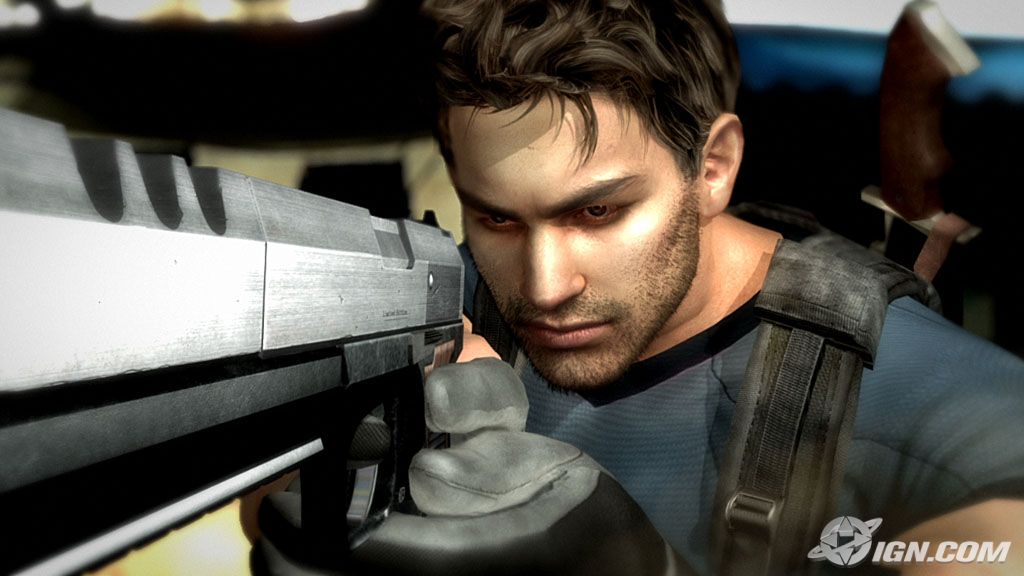 THAT WOULD BE SWEET IF IT WAS THE OLD TEAM U KNOW. LIKE CHRIS, JILL, AND SO ONE FRO THE RE. LOL THATS ME THOUGH.

lol same here but u know like in Resident Evil 0 or something like that your able to use both characters. i think that would be neet in the game that way there are more puzzles. lol

FROM WHAT I KNOW IT WILL BE A NEW CHARACTER IN THIS GAME, AND AS FAR AS ZOMBIES THEY SUPPOSE TO BE VERY SLOW DURING THE DAY BUT ONCE NIGHT HIT THEY RUN LIKE SUPER FAST. ALSO THEY WILL BE EVERYWHERE.

I gotta go with blank on this one the two character thing would be tight. Buuuuttt...... it would be awesome if Leon and Chris would team up

Well if there is two I want like Leon and Jill or see them all in the game a little.

Needs an all star cast to come together

well then again I want someone that was noticed at all much. So I want Chris ( for sure). lol and I also want to be in there is probably Billy( from RE 0) something like that. lol All I want in the game for characters are the characters that werent really noticed. lol But thats me. lol

Well all of them as far as I know have a male and female lead so it will probally be chris and jill...since their like a team so it makes sense

here are some new updates guys!

Capcom held an event this week to show off Resident Evil 5, the latest entry in the reborn survival horror franchise. Two areas inside the game were showcased, the first being the same basic demo we've seen over the past few months, which has morphed into the upcoming public demo. On the other hand, the second area featured never-before-seen areas and gameplay that hinted at what else the game is going to offer. More importantly, the new areas gave us a glimpse of cinematic sequences that offered some bits of information on the storyline. Given that we're gluttons for punishment and curious about the story, we dove right in to face any number of deaths in the promising game.

Sheva's got your back while you focus on more important things, like levers.​
We started out with the boss-fight level taken from the game's second chapter, which pit lead character Chris Redfield and his partner Sheva against a mutated creature that was a cross between a bat and a scorpion. The battle took place in a rocky canyon that afforded some room to maneuver, and by "maneuver" we mean "run for our lives." Escape seemed to be the name of the game in the fight, given that Mr. Scorpion-Bat Hybrid is nimble and not entirely pleasant. The biggest issues to be dealt with are ground and air attacks because the critter likes to mix things up. We're at least grateful that it wasn't burrowing under the ground, which would have made things even trickier. Even so, the battle was fairly painful and lengthy, despite the fact that infinite-ammo cheats had been enabled. Thankfully, as with most things RE, a little patience and several million bullets usually do the trick. We're pretty sure there's a smarter way to kill the thing more quickly, hopefully using Sheva in some way. Although we're not knocking our helpful, life-restoring buddy, we will say that it would have been nice if she had done a bit more and gotten out from underfoot. Once the creature was killed, we were treated to a cinematic that gave an annoyingly simplified, albeit cool, impression of the fight. We would have liked to just take the thing out with one well-aimed pistol shot as Chris does in the cinematic, but that's not quite how things played out in the fight.

After that battle, we were able to check out part of a cinematic that segued into a battle with motorcycle-mounted majini (who aren't letting their virally infected state block them from enjoying all available options for chasing down Chris and Sheva) that had Chris manning a gun on the back of a moving jeep. Unfortunately, we got only a taste of that level before we had to jump to the next playable area from the game's second chapter. That level finds Chris and Sheva hot on the trail of the mysterious man named Irving. The search leads the duo to an area that's equal parts refinery and chemical plant, which, unsurprisingly, is crawling with majini. Although the stage featured the expected quota of shooting, dismemberment, and melee action, there was also some traditional RE puzzle-solving. Your path through the first part of the area is set outdoors and blocked by jets of flame, locked doors, and other obstacles, requiring you to hit switches and use zip lines to access different areas. Besides the puzzle elements and mobs of majini, we got to deal with several of what is currently in the running for most-hated enemy in RE5, the burlap-hooded chainsaw maniac. The tenacious foe requires multiple shots to the head, which can get dicey when he's advancing on you.

Once you make it past all of that, you'll meet up with Josh, one of the remaining survivors from a STARS team that's been thinned out after an encounter with majini. From a story standpoint, there seems to be some tension between Josh and Chris; Josh doesn't seem to be a fan of Chris' approach to recent events. Over the course of an intense conversation between the two, it's revealed that one of the reasons Chris is so driven to make his way through all the madness is to find a friend. Josh, on the other hand, is more than ready to get out of town. In any case, everyone's stuck with each other, and your group gains an additional member for the remainder of the level. This latter part of the level is set indoors, adding a claustrophobic vibe to the action, and has you working your way through building interiors, in some cases covering your party members as they hack a computer and open up a new path. The second part of the level does a good job of building dread, considering that you're not always able to see exactly what's coming due to the cramped quarters, although you can hear them good enough. This leads to some nice, albeit irritating moments when you hear and then see flashes of Mr. Chainsaw dutifully making his way to your group.

That burlap sack looks like it's on too tight.​
The game plays much the same as it has the last few times we've tried it. If you're familiar with the handling of the GameCube version of RE4 then you should be right at home with RE5. Using Sheva effectively takes some getting used to, considering that she can be quite effective but does require some directing on your part. She can also be a liability because you basically have to drop everything and go help her when she's in trouble, seeing as how you'll fail the mission if she dies. As far as looks go, RE5 is shaping up nicely on both the PlayStation 3 and Xbox 360.

Overall, we like what we see and anxiously await the game's March 13th release. Look for more on the game in the coming months, and keep an eye out for the playable demo due out early next year.
Click to expand...

In my own little world where I rule over all

Fuck Sheva. That is all.

Geer said:
Fuck Sheva. That is all.
Click to expand...

lol who is that? Sorry I haven't played the whole game. I stopped at the first mission when I first got this game.

In my own little world where I rule over all

She is the sidekick that follow you and "helps" you. That is to say, She doesnt do shit. Her AI is so stupid that she can't seem to perform anything right at all. I can't play the game for 5 minutes, (even on easy mode), without yelling at her for being so stupid. I hate every ounce that is her. She is beyond annoying. Imagine the thing that you hate the most in any world, this one or another, and multiply it by 100. That is my hate for this character. Anyway, she is the character that some people say Capcom put in there to keep from being called racist for killing black people. Im sure you've heard of that controversy with this game.

Geer said:
She is the sidekick that follow you and "helps" you. That is to say, She doesnt do shit. Her AI is so stupid that she can't seem to perform anything right at all. I can't play the game for 5 minutes, (even on easy mode), without yelling at her for being so stupid. I hate every ounce that is her. She is beyond annoying. Imagine the thing that you hate the most in any world, this one or another, and multiply it by 100. That is my hate for this character. Anyway, she is the character that some people say Capcom put in there to keep from being called racist for killing black people. Im sure you've heard of that controversy with this game.
Click to expand...

hahah I get ya! That's why I have my sis play as her. That way we have full control over the characters.